We recorded the highest-ever winning margin in FA Women’s Super League history as we hit 11 past Bristol City on Sunday afternoon.
Vivianne Miedema scored six times, which is also the most goals scored in a single WSL match by an individual - bringing her tally up to 22 goals in 13 starts so far this season.
Lisa Evans gave us an early lead when she popped up at the back post to head Beth Mead’s whipped cross home from close range.
We then extended our advantage moments later when Miedema broke down the wing and crossed the ball into the box, before Leah Williamson rose highest to power a header past Sophie Baggaley.
City's keeper then made a fantastic save to tip Jordan Nobbs’ effort from the edge of the box on to the bar, but the joy was shortlived when Miedema controlled well inside the box before firing low into the corner shortly after.
Miedema scored her second, and our fourth, after 33 minutes when a ball played low into the box evaded the Robins defence before our prolific striker tapped home at the far post.
The Netherlands international then completed her hat-trick two minutes later when her initial shot from inside the six-yard area was saved, but the rebound fortuitously struck her before trickling into the bottom corner.
The visitors came close to pulling a goal back early in the second half when Yana Daniels controlled well on the edge of the box before seeing her strike crash back off the crossbar.
Miedema then netted her fourth of the match when the ball broke to her inside the box, she took a touch before firing into the top corner.
Our seventh came courtesy of Jordan Nobbs who ran on to a Mead cross from the left and made no mistake from close range, and Miedema then made it eight when she swept Evans’ through ball past Baggaley.
Minutes later, Miedema turned provider when she broke down the left and skipped past a challenge before finding Evans in the box, who grabbed a brace with a cushioned volley.
We then reached double figures as Miedema bagged her second hat-trick of the match as she collected the ball on the edge of the box, cut inside, and curled an effort into the bottom corner.
Emma Mitchell came off the bench and made it 11, after Evans had beaten two players and teed up the defender, who slammed into the roof of the net from just inside the box.
Bristol City were awarded a penalty in the closing stages when Manuela Zinsberger brought down Daniels and despite our keeper saving the initial effort, the forward slotted home the rebound.
#arsenal #miedema #arsenalwomen
For more match action, highlights and training videos, make sure you become a digital member and sign up to Arsenal Player. It's FREE and is the Home of the Game: po.st/YTArsenalPlayer
Subscribe to the Official Arsenal IDshow Channel: arsn.al/Subscribe
Follow us on Facebook: po.st/facebookyt
Follow us on Twitter: po.st/twitteryt
Follow us on Instagram: po.st/instagramyt
Follow us on Soundcloud: po.st/soundcloudyt
This is the Official IDshow channel for Arsenal Football Club. This channel will aim to showcase the personality of Arsenal Football Club and give fans more of an insight into what it's like to be at this fantastic club. This channel will look behind the scenes and get closer to the likes of Mesut Ozil, Pierre-Emerick Aubameyang, Henrikh Mkhitaryan, Alexandre Lacazette, Bernd Leno, Granit Xhaka, Hector Bellerin, and more.
ABOUT ARSENAL FC

Bilal abboud 24 hari yang lalu
at the beginning of the video the commentator said: the pressure on arsenal ....what pressure

Arun Roshan Bulan Yang lalu
This is how I play FIFA ...

srijit911 Bulan Yang lalu
Great result. But seriously 9-1, followed by 11-1 how is this competitive football?

Sarthak Singh Negi Bulan Yang lalu
what jesse lingard did in his whole carrier....miedema did in one match....

It is Time Bulan Yang lalu
Professional my arse

Ruqiyaah Yassine Bulan Yang lalu
Do I have the full match of this game. Thanks

scippio africanus Bulan Yang lalu
bristol city manager needs to be fired or resign out of shame .how can she draw a salary!! ,her teams a total shambles

gilles grindel Bulan Yang lalu
The penalty is a correct decision ? I don't think so as the foward(ess ?) dived in front of the goalkeeper(ess ?) There's no fault here, only cheating. The referee has been very kind to give them.

Teo Bulz Bulan Yang lalu
Miedema is like ,,yes,i scored ,what is that amazing,i dont need to jump''

josh young Bulan Yang lalu
what did my eyes just watch?????????? Also, terrible arsenal keeper. Striker has nowhere to go and you foul ? lol lay down and use your hands.

AVID Sion Bulan Yang lalu
"What are defense?" - literally everyone on the pitch. Good lord, and these ladies want equal pay over here? They're so gangly and awkward how they run, it's basically just poorly executed skill move, poorly executed skill move, open net because they all just ball watch and won't block shots. If there's going to be any progression in their game, it needs to be a man coaching, because it's the blind leading the blind right now. Completely unwatchable...

Iain Rae 2 bulan yang lalu
Bristol ladies can still take some positives from the game. They managed to pass the ball on a few occasions.

Jet Mak 2 bulan yang lalu
she looks like a man

Billy Chang 2 bulan yang lalu
i love watching this one, reminds me when i play in high school.. lol

Swagat Patra 2 bulan yang lalu
What a farce..And they want equal pay in US...

Pie Studios 2 bulan yang lalu
Thing I dont like about this ... is the stadium. It's way to small

Adhy Nugroho 2 bulan yang lalu
This is like watching Tsubasa...

A T 2 bulan yang lalu
drop ozil, bring her in.

Aaron 2 bulan yang lalu
The level of defending and goalkeeping in women's football is no different to primary school level. my word

Saarthak Monga 2 bulan yang lalu
oh my god that penalty at the end. what the fuc was that shot, AND the fumble?? XDD Then they have the gall to say give us equal wages as the men lmao ok

John Mils 2 bulan yang lalu
u13 boys will beat them. prove me wrong

Cute Animals Vibes 2 bulan yang lalu
love how after the 5th goal they didn't over celebrate like the usa team did. great sportwomanship. yes I know it's sportmanship.

Dreonix 2 bulan yang lalu
Damn they’re horrible at defending. Also, wow the women’s team is much better than the men’s

jamyang bhutia 2 bulan yang lalu
Auba's replacement found Jokes aside, the passes in this games were so satisfying. Real good job by the women's team.

anirudh c 2 bulan yang lalu
Is this for real 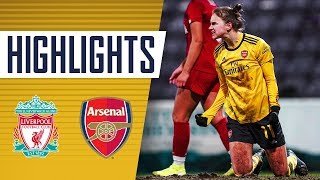 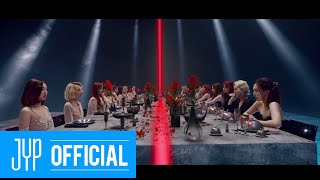 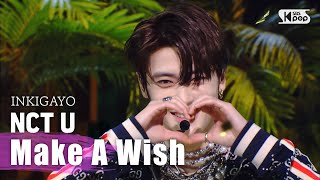 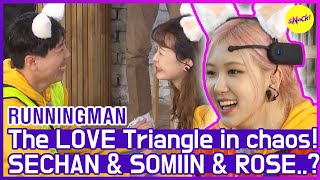 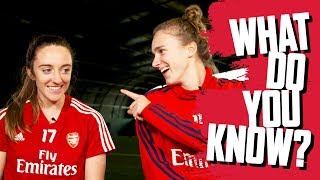 03:38
vivianne miedema being a little shit for 3 minutes and 37 seconds
Tara
Ditonton 78 rb