In 2010, we met Graham Hill- the founder of treehugger.com and a serial entrepreneur. He had just bought two tiny apartments in a century-old tenement building in Soho and he had plans to turn them into laboratories, and showcases, for tiny living. He'd spent most of the past year living in tiny spaces- "a tiny trailer, a tent, and then a boat" and he was convinced others would love it as much if small spaces could be designed right.
He wanted a tiny space that didn't sacrifice function, but instead that would expand to provide a wish list including dinner parties for 12, accommodations for 2 overnight guests, a home office and a home theater with digital projector. Not wanting to limit himself to local architects, he crowdsourced the design as a competition and received 300 entries from all over the world. Two Romanian architecture students won with their design "One Size Fits All".
Completed in 2012, his LifeEdited apartment doesn't resemble the cramped space we saw in 2010. Today the 420-square-foot space can be expanded to include the functionality of 1,100 square feet: walls, drawers and beds move and unfold to create 6 rooms: living room, dining room, office, guest office, master bedroom and guest bedroom. If you include the kitchen and the bathroom which morphs into a phone booth or meditation room, the apartment includes 10 total rooms.
More info on original story: faircompanies.com/videos/view/6-rooms-into-1-morphing-apartment-packs-1100-sq-ft-into-420/
LifeEdited: www.lifeedited.com/

doug and candace Bishop 3 hari yang lalu
Very interesting. Not sure I'd want to live in such a small place, particularly with my husband & preteen boy. Thanks for sharing.

Indirá Camotim 9 hari yang lalu
Loved it although I’d definitely want a toilet in the bathroom too if you are making a guest room. I’m not too good with one toilet.

Airick Anderson 9 hari yang lalu
This is how the living quarters will be on the planets that we colonize in the future!...

Danny Z 10 hari yang lalu
Who else is watching this in the worst year ever 2020?

Andronice Marinis 10 hari yang lalu
Too expensive. You would need two lifetimes to pay for this. Believe me, I've tried!!!!

Jacqueline Vieira 10 hari yang lalu
hi all, I watch a fair bit of space saving ideas and tiny house design. I always find (with a few exception) that's the place is always bigger than my home. Will it be possible to include the square metres / foot of the actual space. My house is 65 square metres and I got a normal size kitchen where I can eat, a living room, and 3 bedroom, a bathroom. the shower he described as small in this video appears to me as a normal size. Is this a difference between Europe and US?

S E 11 hari yang lalu
I think we need to ask ourselves the question... on an emotional level does this feel like a home? No it doesn’t. I like the clever use of space but I think the design and finish is boring and doesn’t feel like a home. The only thing that would make this make sense was if you worked away from home regularly and decided to buy something like this to work as meeting space, work space and personal space. It’s very functional but can’t see it being a permanent home of choice for most people.

Maria Avanzado 11 hari yang lalu
I wonder how much this cost him.

Asuna Yuki 14 hari yang lalu
I really don‘t understand why people wear street shoes at home. In Germany it is absolutely natural to take of your shoes when you enter a house or appartment. We wear slippers or are barefoot. I mean it‘s very unhygienic, it makes dirt or wets the floor and for me it would be very uncomfortable to wear boots or high heels the whole day. Also shoes can damage the floor or carpet. Really see no need to wear street shoes at home

New Life 14 hari yang lalu
Where are all these chairs stored?

Vivian Evans 18 hari yang lalu
It is too sterile , no personalization..Needs some color, But a guy may not need hominess.. I understand the whole concept, but it may not be for everyone, except For the young minimalist who may only work, go out at night, come home, sleep and repeat...The space has a very European Scandanavian Flair.

Soundra Simpson 24 hari yang lalu
Love the design elements. Would love to see a variety of woods, fabrics etc that add a touch of warmth and welcome to the living space. Otherwise, genius!

Love always Wins 26 hari yang lalu
The ideas to simplify your life plus many rooms from just one room. Most rooms you use sporadically just sit as wasted empty space when not in use. Thing I would change would be the color choices and the style of the cabinets I would make them look more elegant. But that’s just a choice of design not function. I lived in 78 sq ft for 6 months it was much less stressful and I could change locations at a moment’s notice. I have making my simple by giving up those extra that drag you down.

CassiTheNerd 28 hari yang lalu
Sometimes I see certain people and get painfully curious what they're like in bed; he is one of those people.

CassiTheNerd 28 hari yang lalu
1:52 All good until you punt those candles across the room on the way back from the bathroom at 2:00am.

waugse Bulan Yang lalu
Don't the moist cleaning sponges in the little cabinet nook start to mold if they are stuffed away shut like that?

karenjackson2009 Bulan Yang lalu
This must be New York the space coffin capital of the world!

Anna Anna Bulan Yang lalu
Amazing, beautiful . I want this apartment. I haven't same to idéer. 🤗❣️Is fantastiskt. I do little or thinking about because I like.

Thuku Bulan Yang lalu
So many places to hide stuff. I can imagine living here and forgetting about stuff in walls and the joy of discovering stuff again.

Mohamed Mifdal Bulan Yang lalu
who's here after the zombies took over the world !?

Rodrick Bulan Yang lalu
All of this is from China and then inflated immensely to make huge profits.

Best Choice Bulan Yang lalu
which stuff or brand he was saying of shirts??

Michael Kelly Bulan Yang lalu
A really ingenious use of space. Probably still crazy expensive in a place like NYC but it would be an ultra-lux dorm room or transitional housing place 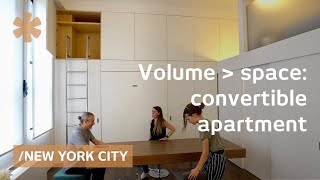 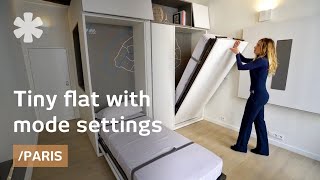 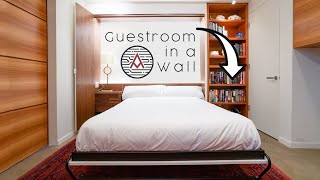 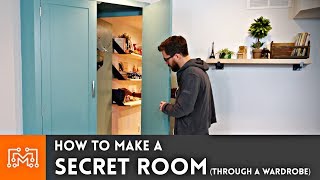 26:21
How to Make a Secret Room (Through a Wardrobe)
I Like To Make Stuff
Ditonton 7 jt 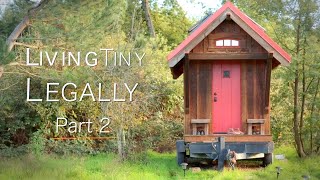 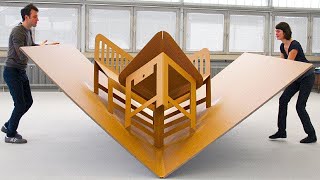 13:52
Shocking Furniture and Tables You Need to See to Believe
BE AMAZED
Ditonton 1,2 jt 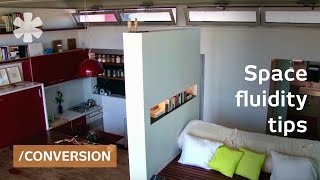